During the early morning hours of July 1st, Nevada became the fifth state in the contiguous U.S. to allow recreational marijuana shops to open for business. And, embracing the new normal, the former Mayor of Las Vegas Oscar Goodman and Nevada’s “Godfather of Weed” Sen. Tick Segerblom were anxious to participate.

As legal weed became easily accessible late Saturday morning in the Las Vegas Valley, an aromatic bag of cannabis-infused coffee was high on the shopping list for the one-time mayor of Las Vegas. 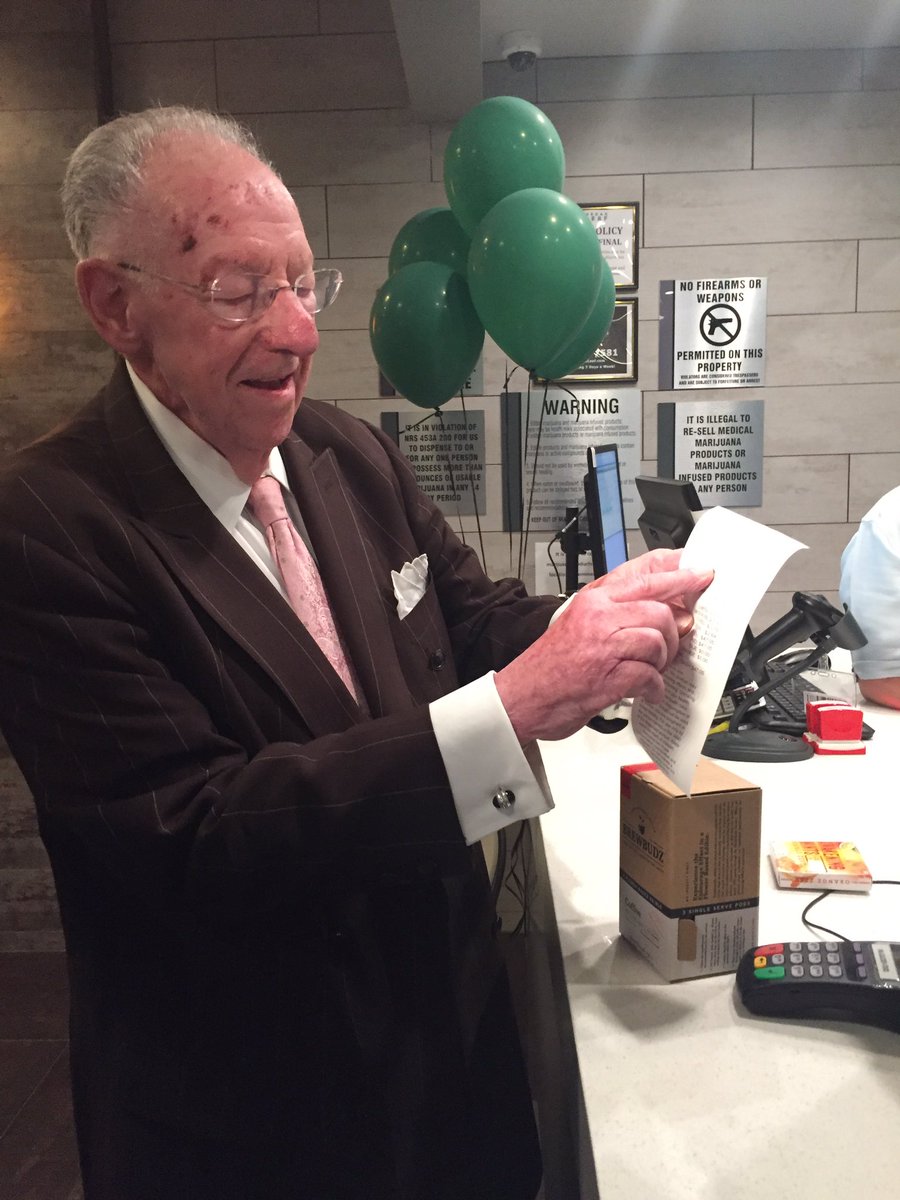 Also waiting patiently on the historic day, Sen. Tick Segerblom was first in line at The+Source in Las Vegas.

Anticipated to generate more than $60 million in new taxes for schools and the state’s “rainy day fund” over the next two years, all recreational marijuana sales will be hit with a 15% wholesale excise tax and a 10% state retail tax.

While you can now legally drive with up to one ounce of weed or 3.5 grams of concentrates in your car, those busted “riding dirty” still face the unfortunate reality of pleading before a judge on DUI charges. Another expensive marijuana faux pas, smoking in public: Individuals caught smoking in public will be subject to a civil penalty not to exceed $600.

Now overseen by the Nevada Department of Taxation, rather than The Nevada Division of Public and Behavioral Health, in-state and out-of-state medical marijuana patients will be exempt from the state’s 10% retail excise tax on recreational marijuana sales.

45% of Americans Say They Have Tried Marijuana

How to Make Your Own Cannabis Capsules
0 replies

Want to join the discussion?
Feel free to contribute!

This site uses Akismet to reduce spam. Learn how your comment data is processed.