Yep, it was a busy week for marijuana enthusiasts in the “Bay State.”

On Monday, a Massachusetts High Court ruled workers couldn’t be fired for using medical marijuana. Then, on Thursday, policymakers in the state legislature sent a revamped version of the voter-passed marijuana legislation to Gov. Charlie Baker’s desk for signing.

Anticipated to approve the modified measure, Gov. Baker’s signature will elevate the ballot question’s projected marijuana tax rate, provide joint oversight of both the recreational and medical marijuana programs, and modify how local municipalities can prohibit recreational marijuana stores, according to the Boston Globe.

As for working with THC metabolites in your body, the Massachusetts Supreme Judicial Court ruled on Monday that a female employee who was fired for medicating with medicinal cannabis could sue her former employer. 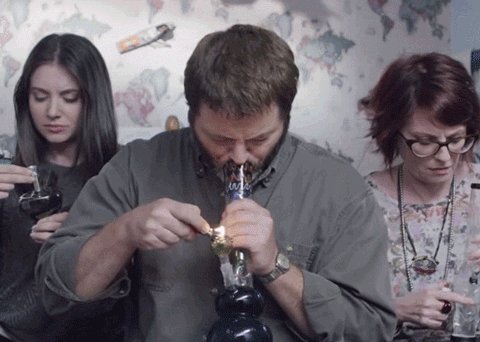 Sending Christina Barbuto’s case against Advantage Sales and Marketing back to the Massachusetts Superior Court, the state’s Supreme Judicial Court decided that employers could not impose a wholesale anti-marijuana rule against employees who have received a doctor’s recommendation for medicinal cannabis.

Exceptional news for patients in Massachusetts, according to Mass Live, “the ruling affirmatively recognizes a level of work-related protection under state medical marijuana laws.”

Now legal to “fire up” for both medicinal and recreational purposes in Massachusetts, employees will still face serious scrutiny by their employers for any recreational pot use. As the Mass Live post noted, “Workers can still be drug tested and fired for failing a drug test if it is not part of an approved treatment plan for a medical condition.”

How to Make Your Own Cannabis Capsules

45% of Americans Say They Have Tried Marijuana

Sin City: Politicians First in Line as Vegas Cashes in on Legal Weed

Want to join the discussion?
Feel free to contribute!

This site uses Akismet to reduce spam. Learn how your comment data is processed.

Sin City: Politicians First in Line as Vegas Cashes in on Legal Weed

Know Your Medicine
Scroll to top